July 9, US President Donald Trump intends to announce the candidate for the post of a member of the Supreme Court of the country, released after retiring Anthony Kennedy. The struggle for appointing a new judge can turn into the largest political confrontation in recent years in the United States, at the center of which will be the investigation of Russian interference in the American electoral process, the fate of the right of women to abortion and other issues fundamental to the future of the country.

The arrival of a conservative judge appointed by Trump in court almost certainly will shift the balance of opinions in court for many years. 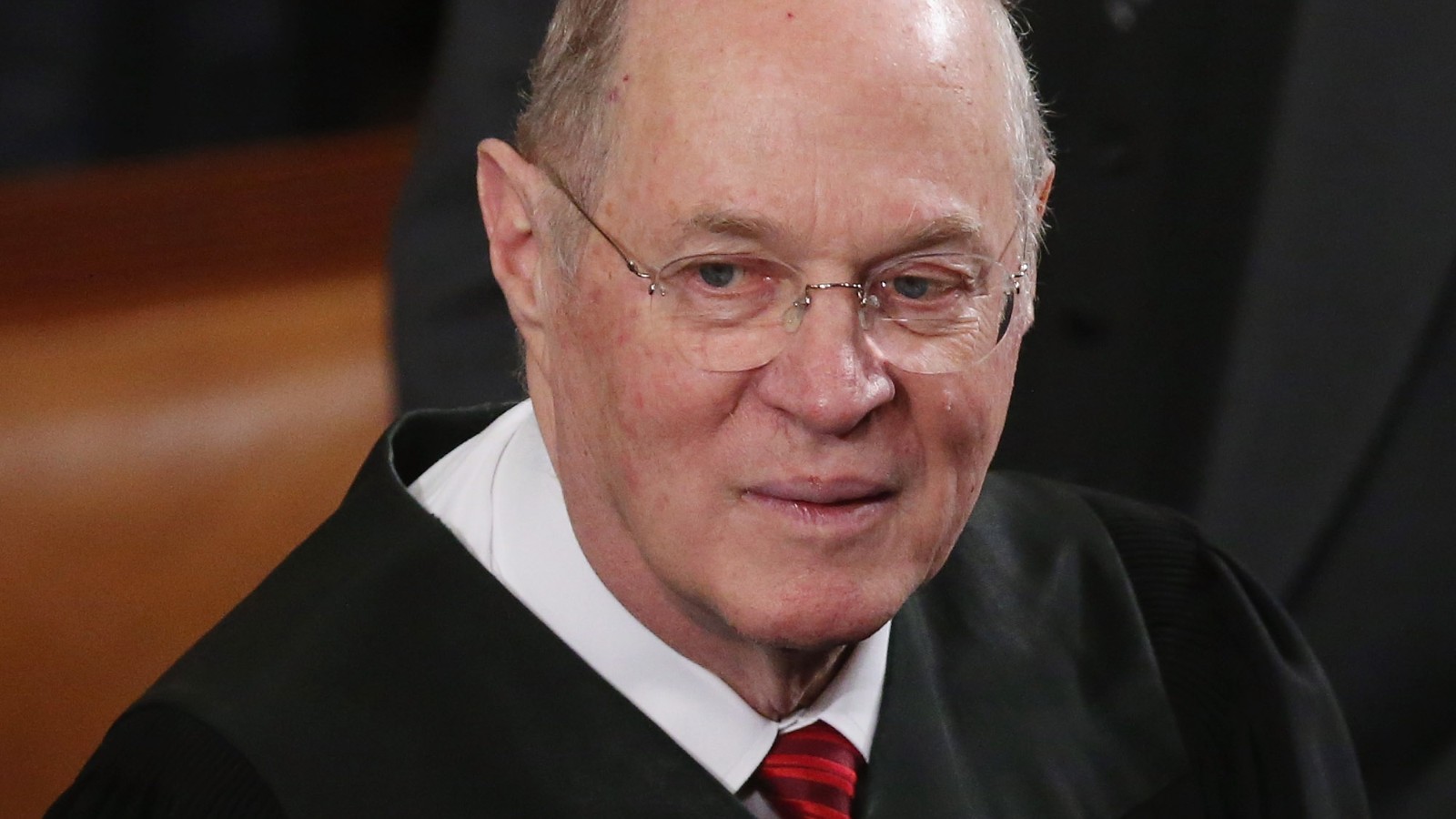 Unexpected retirement of Anthony Kennedy caused undisguised panic in the ranks of prominent Democrat politicians. In the nine members of the Supreme Court, Kennedy had the role of a “waverer,” who, being a man of conservative convictions, nonetheless often joined the four of the liberal judges. It was his voice, for example, that determined the outcome of several cases that led to the legalization of same-sex marriages or the confirmation of the right of women to abortion. The arrival of a conservative judge, appointed by President Trump, will almost certainly shift the balance of opinions in court for many years to the right. Prominent politicians-democrats called on the president to refrain from appointing a candidate to a judge before the autumn elections to the Congress so that, as they insist, give an opportunity to speak about this to voters. Say, there is a high probability that voters will give the majority in the Senate to democrats to prevent the appointment of a conservative Supreme Court member, since most Americans do not agree with the attempt to lead the country to the right. President Trump brushed aside this Democrat demand.

However, the opponents of the president insist that the investigation of Russian interference in the American presidential election creates a serious legal and political dilemma: the president appoints a judge, who will most likely have to answer unprecedented questions about the president’s constitutional prerogatives and powers in the very near future. For example, is the president obliged to testify to a grand jury in connection with the “Russian” investigation, is it possible for the incumbent president to bring criminal charges, does the president have the power to pardon himself? Democratic Senator Richard Blumenthal said in a television interview that a judge appointed by President Trump should at least withdraw himself if such cases reach the Supreme Court.

Meanwhile, Republicans are calling on Donald Trump to do what many voters voted for him and, without regard for critics, appoint members of the Supreme Court as a lawyer who will adhere to firmly conservative principles.

As the employee of the Hoover Institution in California, Mikhail Bernshtam, explains, the level of emotions around the future composition of the Supreme Court is explained by its extreme weight in the system of political institutions of the country. Presidents come and go, the supreme judges remain for decades.

In the system of the constitutional republic of the United States, the judiciary is the power. A member of the Supreme Court, appointed by the US president now, will affect the life of the country a quarter of a century later, and maybe thirty years later. We now have a legacy that was laid down since 1981 by President Reagan. Since then, 22 years have been republican presidents, 16 years – democratic. This is the story of the composition of the Supreme Court. Of the nine judges, five are, relatively speaking, conservative, republican, four – liberal, democratic. The composition of the court reflects the 38-year history of the United States and all past presidencies. Nothing like this exists in any other branch of power.

And yet why, for a considerable number of prominent Republicans, the main issue of the presidential elections was the question of the composition of the Supreme Court? Many people from the Republican political establishment admitted that they doubtless vote for Donald Trump, because it is very important for them that there are conservative judges in the highest court.

I need to make a reservation, I do not argue in this case as a lawyer, I’m not a lawyer. I argue in this case from the point of view of economic analysis of the political system of the constitutional republic of the United States. This is not pure democracy, it is a constitutional republic based on the text. The task of the Supreme Court is to interpret the constitution and laws passed by Congress. This is not a scientific analysis, it is an analysis of texts. In this sense, jurisprudence to some extent similar to theology or philology. That is, there are authoritative texts, and their interpretation is a matter of the given time, the current legal tradition and the political, ideological and legal preferences of specific people who constitute the Supreme Court. When there are complex problems on which political life depends, the ultimate arbiter of the American tradition is the Supreme Court, which gives one or another interpretation. I will remind you of a very important precedent. year 2000. There was a presidential election in the United States, and in the general election, the former vice-president Al Gore received the most votes. The votes of electors were won by George W. Bush, who became president. But the results of voting in Florida were within the statistical error, the difference was 537 votes. And the Supreme Court decided to stop the next recount of votes in Florida, which resulted in the votes of the electors of the state and the victory in the elections went to George W. Bush. But the case was decided by the republican majority of judges, and the judge-democrats were against it. Thus, the Supreme Court decided the fate of the presidency. Now, when there are questions about the investigation of the activities of the environment of Trump’s candidate, the case can also get to the Supreme Court and thus the court can decide the fate of America. In addition, there are complex constitutional issues at stake: for example, with regard to racial minorities, immigration issues were resolved more recently by a Supreme Court decision that confirmed the legality of President Trump’s decrees restricting immigration. These decisions are of immense political importance, therefore, the resolution of the country’s major problems in the coming decades depends on the balance of power in the Supreme Court. 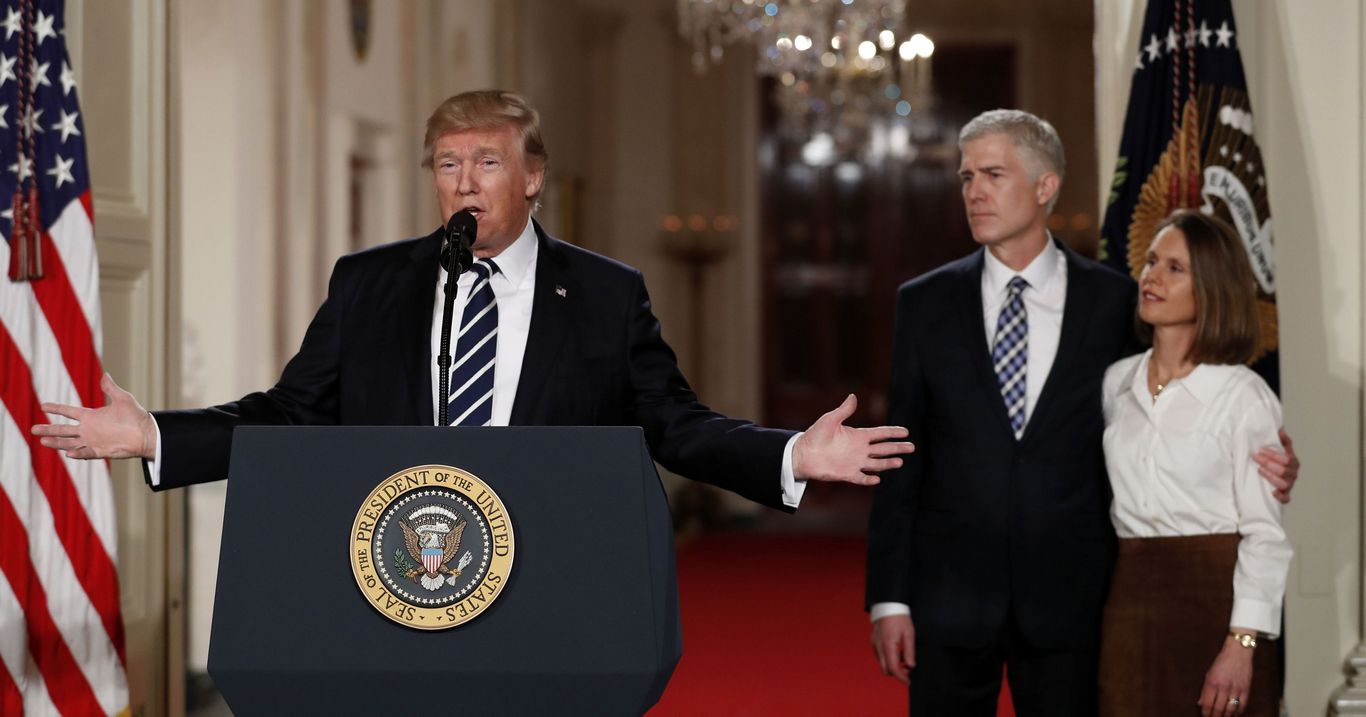 Now Trump’s critics say that, depending on the Supreme Court, if, for example, he takes up the question of the constitutionality of the right of American women to abortion, no less depends on which direction the country will go: liberal or more conservative.

And this is not an exaggeration. The Supreme Court often determines the trends of historical development and even repeals its own precedents. There was a time when the court considered slavery to be a legitimate institution, the unequal status of racial minorities was legal even after the abolition of slavery. Then in 1954 the Supreme Court overturned segregation, it was the famous decision “Brown vs. the Board of Guardianship of Education”. It should be noted that the legislature took another 10 years, while under President Johnson there were no legal provisions on equal rights. That is, the Supreme Court for 10 years ahead of other branches of government. Therefore, it is clear that even a small ideological change in the composition of the Supreme Court will be of very great importance.